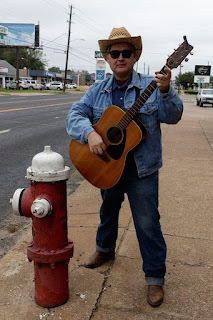 So many people love the thought of being a cowboy.  They don't want to be a  real cowboy, one that goes out and works on a ranch from sun up to sun down working hard.  No, they want to be the Hollywood version of being a cowboy.  Riding a horse in the open plains, fighting the bad guys, and living by your own just moral rules.

Longing for past has always appeared appealing.  The grass is always greener on the other side, well at least in our minds.  For most of us, what we think a cowboy is, entirely from their mind's eye from images of westerns.   That romantic idea about the wild frontier being tame by those with the truest of grit is a part of the heritage we all know.

When I put on the clothes of a modern cowboy, I do feel the spirit of all of those cowboy films within me.  Walking with the boots on, I feel and stand taller. The people that see me, do a double take once they view the hat and the belt buckle.  They instinctively know that one that is wearing cowboy garb, means business.  A person that has earned and deserves respect.

I don't dress like a cowboy much in my modern world, most of the time I'm in a suit and tie.  However, I live my life and demand the respect of others as a cowboy would.  You get respect by giving respect.  Live your life as a cowboy, with a respect.  The more respect we have in the world, the better the world will be.

You can compute that to the bank! 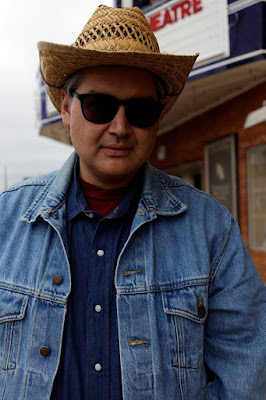