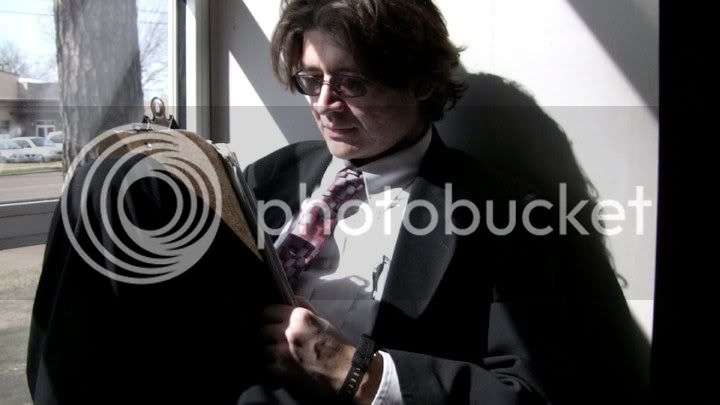 Having made over 1000 plus videos that I have posted on YouTube over the last five years or so, I learned many things. One thing you have to be able to do is take chances, push the envelope. This year I wanted to make a full length feature film, a film over 70 minutes long, to post on YouTube.

I had the idea, however I needed help to make this dream come to life. Asking around, I founded a camera man with a steady cam, and bingo that was it! 75 minutes of the life of Herb, caught on tape in one continuous shot! This is not as easy as it sounds. Making any film that you can watch is hard enough, doing this film in one shot would take all of my knowledge of film making and acting.

After the two hour film shoot, I when home and uploaded the footage. Then I composed some music, added some titles and started to compress the film. This took most of the night. Got up and uploaded the film to YouTube. So under 24 hours, I had a full length feature on YouTube to share with the world.

I hope you like this experiment in film making. Is it perfect, no. Well life ain't either.

Here are the liner notes:

Day of Herb, is a film about an average man that seeks to live his life by creating art. Music, composing classical compositions, playing the piano, guitar and recorder and taking photos, helps this man deal with the mundanity that is life. Follow Herb on his incredible journey though out his life! This film will change the way you look at the world and yourself.

Day of Herb, was shot with one continuous take using a steady cam. It was shot under two hours, started at 2:20 pm and ending at 4:20 pm, edited, music added, compressed and posted on Youtube all within 24 hours. Using today's technology, a talented filmmaker can make a full length feature in one day.

Herbert Midgley, an amazing actor, pulls off the life of an every man in the vain of a James Stewart, Gene Hackman, or Robin Williams, in real time. Watching this film, you forget that your are watching a film. The acting is so natural, the pacing is just like real life. This is the best 75 minutes you'll ever spend watching a feature. This slice of life film will go down in history as an important commentary on life in 2010. It will help you explore your inner thoughts of being a human being.