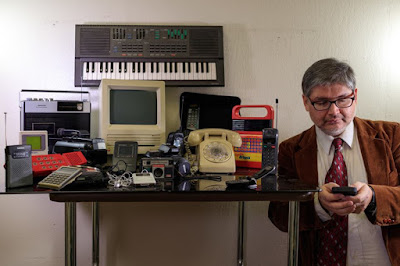 Now all on you smart phone.

I remember seeing someone with a laptop computer in the library when I was in high school.  I thought, one day I'm going to have a laptop computer that I could take to the library to write papers and do research.  It took me six more years of waiting, I got one when I was in Graduate School.  At the time, it seemed like a distant dream to have my own portable computer.

Using the rotary phone for the first time as a child was fun.  You put your finger in the number circle you wanted and pulled back the dial wheel.  It wasn't long when we had numbers to push instead of the wheel. That made dialing a phone number faster.  At some point, you would develop muscle memory of phone numbers that you dialed all of the time.  We all had a list of phone numbers to call, from your parents, the school, your close friends, the bank, etc.  There was no contacts list other than your memory or your own phone book you would make yourself of phone numbers that were important to have, however not important to memorize.  I used to have the phone number to call for the time memorized.  Later there was a phone number to find out the weather and temperature.  You could dial a number for pizza to be delivered.  Life was grand.

With the easy use and cost of technology low, there is a human cost that is present.  When I look around today, I see a sea of people mindlessly looking at their cell phones,  all alone.  They are talking, texting and sharing photos with others on their cell phones, so they don't want to be alone.  The look of loneliness in the brief moments they look away from their cell phones, the price of this technology use is high.  It is harder and harder to get person to smile or say hello to you as you walk by.  I wonder if people text hello as they walk pass each other.

At one time books, movies, radio, television, video games and more were going to end society.  So was jazz and rock and roll music and dancing.  Society is still here.  At some point some new technology device will come along and we will leave the smart phones in the dusky drawers that we will only rarely open.  The smart phones will be in the drawers with mp3 players, cell phones, video games, calculators, PDAs, land line phones and a mountain of flip phones.

The world will go on.  I only hope that someone will put down their smart phone to see it.  Compute that!

To watch a film about this topic, go to www.TheRobotFilm.com to watch the amazing sci-fi feature film THE RISE OF THE ROBOTS!  You will never look at your smart phone the same after this film.

Here are some photos of what it looks like when you are on your cell phone: 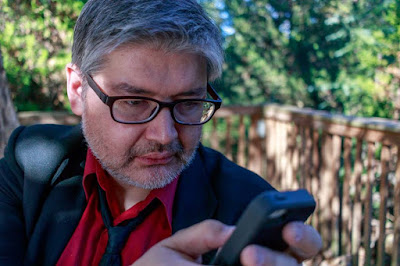 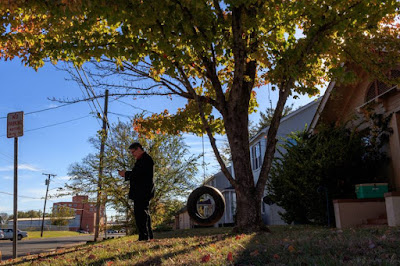 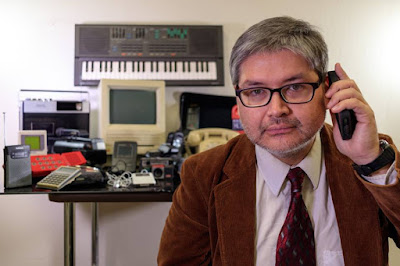 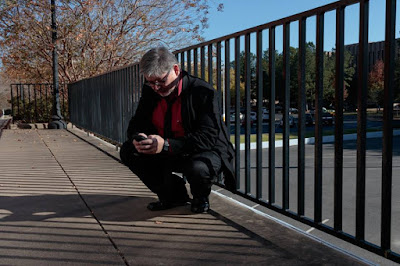 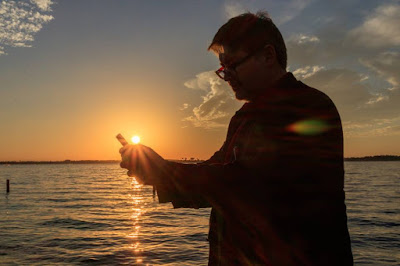